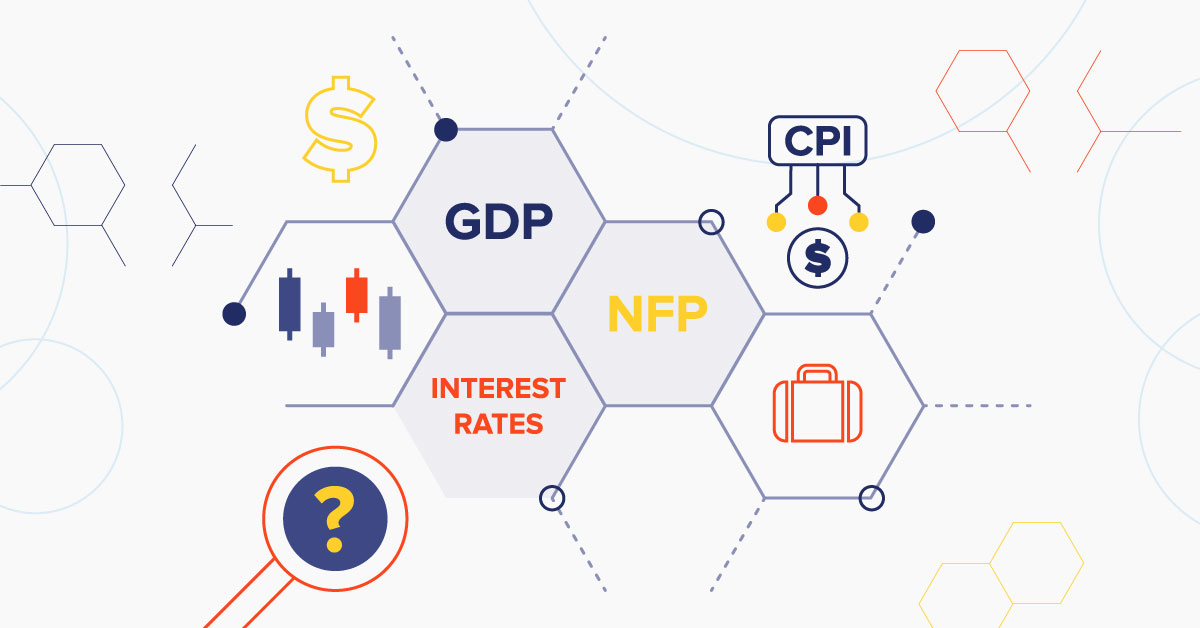 As the world economy faces unprecedented uncertainty, every financial or news release has increasing power in impacting the current circumstances. To prepare you better, we suggest you revisit your risk level and check-in with yourself to make sure that your account set up matches your risk tolerance.

Even though financial releases do not always bring a shock to the Forex market as the likelihood of a sharp move between the figure is low, keeping an eye on these can help traders to safeguard their trading account better, especially in times of high liquidity.

The financial releases below hold the strongest power in driving the currency market, they are like the nation’s economic health report, one of the fastest ways for traders to have a quick view of how the country is doing.

One of the broadest quantitative measures of an economy’s output or production in a specific time period. GDP provides an economic snapshot of a country, for the estimation of an economy’s size and growth rate.

It has an enormous impact on a wide swath of populations, and the power to affect job availability, investment opportunities and hence, currency strength.

Non-Farm Payroll is an economic indicator of the US’s employment situation released by the United States Department of Labor releasing on the first Friday of every month.

Employment is a very important indicator of the Federal Reserve Bank. If the employment rate is higher than expected, the economy is thought to be running above its potential and causing the Dollar index to appreciate.

An interest rate is the percentage of principal charged by the lender for the use of its money. Interest rates are often determined by central banks of each country or the Federal Reserve System in the US.

Interest rates are always adjusted by the authorities to manage the economy and control inflation. When the economy is stagnated, central banks and the Fed are likely to cut rates to encourage investment and increase consumer spending, making sure the money is flowing back to the market.

The release of interest rates by central banks and the Fed plays a crucial role in the Forex market. The rates will directly influence the appreciation and depreciation of currencies.

The balance of trade is the difference between the value of a country’s import and export rate in an estimated period. The economic measure is also identified as trade deficit or trade surplus, representing a higher import rate compared to export rate or vice versa.

To calculate the balance of trade, take the value of the country’s total imports to subtract the value of total exports. It is usually a good sign when the figure is negative as it indicates that the country relies less on imports from other countries.

When the import is higher than export, it is not necessarily detrimental. It may be due to the country’s consumers being wealthy enough to purchase more goods than their country produces. As one of the key elements in the GDP calculation, the balance of trade sure has its ability to affect the market movement.

Consumer Price Index is a measurement of the price changes for goods and services purchased by households. It is reported by the US Bureau of Labour Statistics (BLS) on a monthly basis since the year 1913.

If the index is going up it can indicate that inflation is kicking in. Therefore it is an important economic indicator in the Forex market.

Stay tuned for next week’s continued series on Economic Indicators.