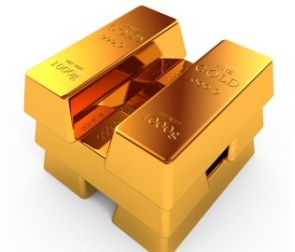 Gold prices fell on the European market on Thursday as the USD rose against a basket of global currencies, ahead of the annual Jackson Hole Economic Forum in the presence of most central bankers.

Gold prices ended yesterday’s trading up 0.4 %, the second gain in three days, as the USD fell and US stocks fell on Wall Street.

The dollar index rose 0.2 %, recovering some of its losses yesterday following negative data in the US, data showed an unexpected drop in new home sales in July and a slowdown in manufacturing growth in August.

The rise in the US currency comes with the recovery of 10 year US Treasury yields, ahead of the weekly Unemployment Claims for the week ending August 19, and the previous week’s lowest was the six month low of 232K.

On the other hand, the annual Jackson Hole Economic Forum, which lasts for three days, will begin with the presence of most central bankers, and bankers’ statements will provide new indications on the course of global monetary policy.